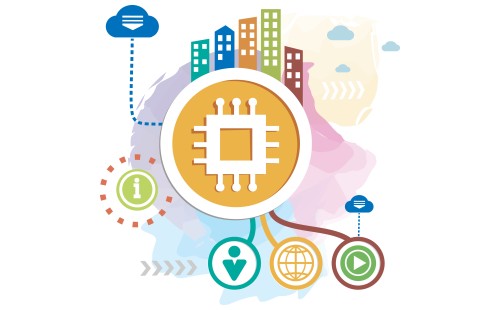 Artificial intelligence is booming in recent years, that named third AI boom.
Deep learning is the key technology of the AI boom.
It uses neural networks that had been developed previously as pattern recognition technology.
Recognition performance has been greatly improved by using DNN (Deep Neural Network), which has many middle layers.

A representative example of biometric authentication technology using deep learning is Facebook’s DeepFace.
In the paper published in 2014, it used about 440,000 facial photographs of 4,030 people for training process, and achieved almost the same recognition rate as humans.
In this method, some feature points in the face such as the eyes and the tip of the nose are extracted from the face image by pre-processing, and applied to the pre-created 3D model to generate the face image in the front.
Then, feature vector for the face is generated using DNN and high performance is realized. 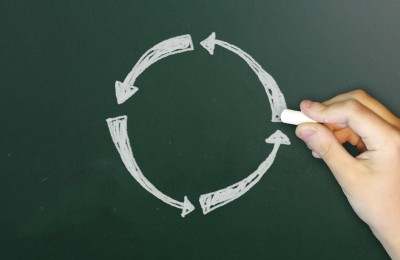 Conventional deep learning requires a lot of training data, so application to biometric authentication excluding face authentication has been considered difficult.
However, various technologies using deep learning such as image generation using GAN (Generative Adversarial Network) and image conversion using pix2pix have been developed, and the number of the papers is increased using these techniques and achieve big performance improvement of biometric authentication.

In addition, by using deep learning to greatly improve the authentication speed, products that are compatible with 1:N authentication are also announced.
Some of these technologies do not require a large amount of training data, and can be expected to be applied to vein authentication technology in which data collection is not easy.

The computer Go software introduced at the beginning had only the skill of good amateur level before 2015, but now surpasses human beings in just a few years after that.
Deep learning has the potential to easily solve the problems that have not been solved.
As for biometric authentication, there is a possibility that the performance may suddenly improve dramatically one day.
It is a situation that we can not keep an eye on for a while for the future.